Drug Tests Don't Make Sense, So Why Are Employers Still Using Them? 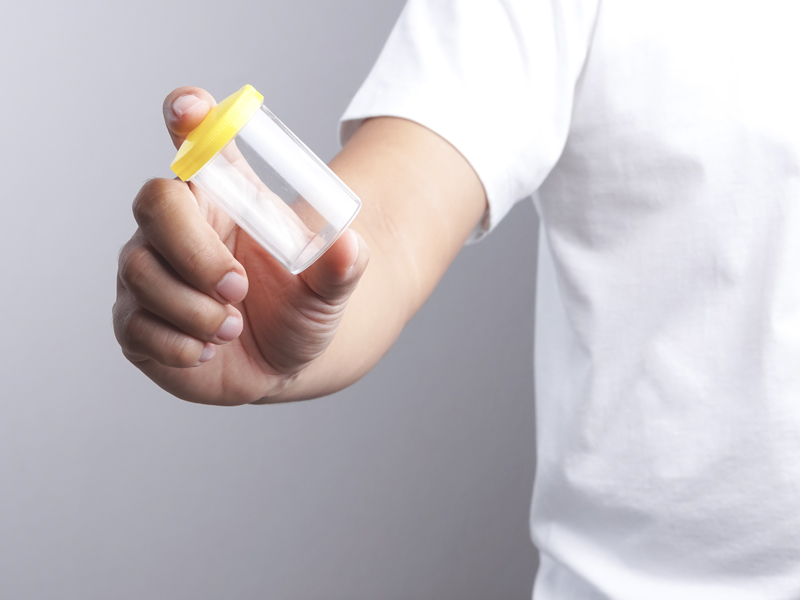 The U.S. is experiencing a marijuana revolution. Four states, as well as Washington, D.C. have legalized marijuana by popular vote. There are now 23 states with medical marijuana laws. Much of this has happened in the past decade. Despite this, and the overwhelming wealth of knowledge related to the fact that marijuana is not typically dangerous, many employers across America are still drug testing their employees. This begs the question: Why?

"Drug testing is a waste of money... and the National Academy of Sciences has said the exact same thing," Lewis Maltby, president of the National Workrights Institute, told ATTN:. "Drug testing was sold with the promise of increasing productivity and improving safety, and it didn't do either one."

Is drug testing people on welfare effective? This video pretty much sums it up...

Posted by ATTN: on Monday, February 16, 2015 Maltby helped create a report for the ACLU in 1999 that essentially illustrated that drug testing companies were spreading fear among employers so they could test employees and profit. And these companies made a lot of money from spreading the prevalence of drug testing.

Since Maltby and others have brought this information to light, the amount of companies that drug test employees has decreased. The number hit its high in 1996 with 81 percent of companies drug testing, and that number went down to 62 percent by 2004, according to the American Management Association (AMA). Statistics from the federal government show 40 percent of employers were testing employees at the time of hiring by 2007.

Some employers are required to do drug tests under federal law such as the transportation industry, however many companies still administering drug tests are not.

"Anyone who's looked at the data knows beer drinkers and pot smokers don't look any different in any aspect of their life, but if you're an employer, you're familiar with alcohol," Maltby said. "You know it can be abused, you know it can be used responsibly and the fact that some of your employees are drinking on the weekend doesn't bother you," he said. However, the risks of pot may be unknown to that employer given the large degree of stigmatization it has.

Companies that are run by people who are not familiar with the effects of drugs like marijuana may rely on information from drug testing companies, and that information can often be false. "Drug testers have been promoting drug testing since the 1970s," Maltby said. He also told ATTN: that drug testers would often produce studies that would run in Time Magazine or Newsweek that were based on false information or nonexistent information.

One example is when anti-marijuana statements kept referring to something called the "Firestone Study," that allegedly claimed marijuana was dangerous and would ruin a company, but it didn't exist. Maltby and many others went looking for this study, and they found many publications were just referencing other publications that had referenced the study. It turned out the information was probably based on a speech that had been given to Firestone executives many years ago that was at some point referred to as a study. It wasn't based in scientific analysis at all.

With states starting to legalize marijuana, companies are often giving up on their drug testing programs, but not everyone is doing it. "Some employers are beginning to treat marijuana like alcohol in states where marijuana is legal and some aren't," Maltby said. Just because some legislators say it's legal doesn't mean a company has to accept that with open arms.

Outside of marijuana, there are obviously more serious drugs companies test for. As The Atlantic recently pointed out, amphetamines and painkillers show up in many employment drug tests. Regardless of whether painkillers are prescribed or abused, it can be difficult to tell the difference. Furthermore, companies spend money to test employees while catching few actual users. Less than 5 percent of urine drug tests taken in 2014 tested positively. Is it about safety and productivity? Or is it about a few medical companies making a profit?